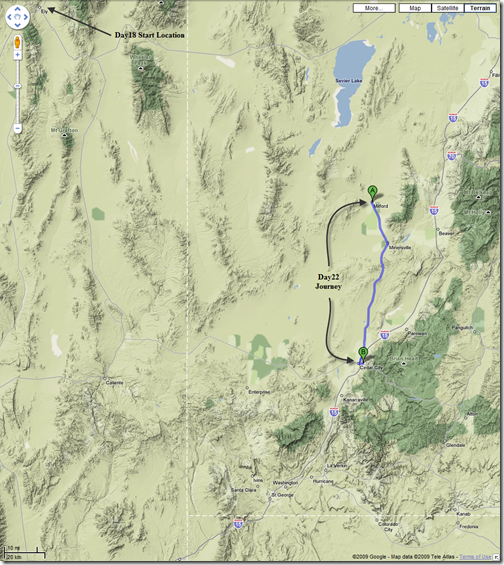 Mr. G made it to Milford yesterday. Now, where to today? I’m going to watch and report later.

Today, Mr. Giraldo rode from Milford, Utah to Cedar City. As you see from the map his direction of travel was principally due south.

We think he is headed to Pueblo, Colorado to retrieve his Arkel Bags; or, could there be another destination? 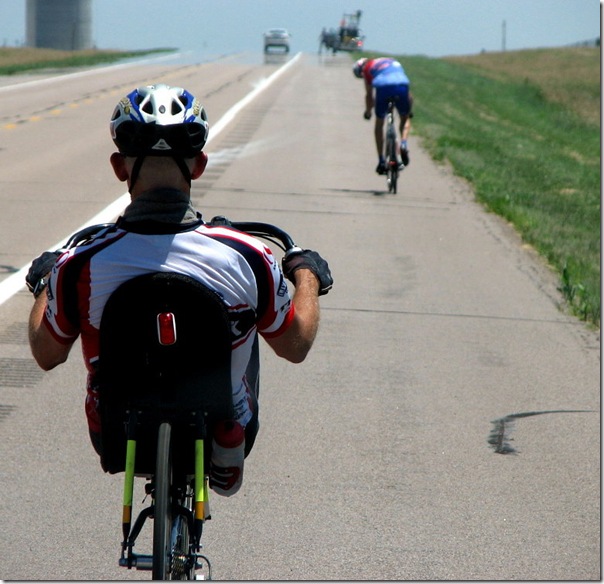 That is the 3 Schwalbe Kojak Tires and 6 spare Schwalbe tubes I ordered from Nanda at Spin Cyclz. 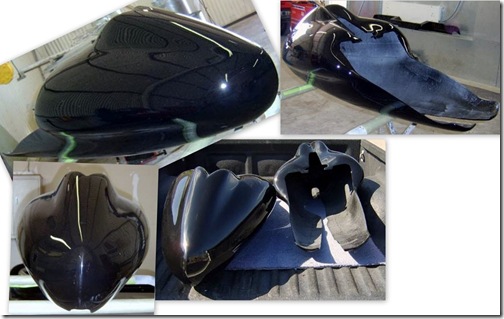 Not either of these, but one very similar. My tail faring is the storage version. These are pictures [sent to me by Jeff] of the race version, but the color [black] I’m getting.

Originally, I ordered the unfinished fairing with the plan to have some special painting [shadows, airbrush, etc.] done. Well, with the time it has taken to get the fairing and August rides trike I have scheduled, suggested I have Jeff Bales, Goblin Motors have the painting done. In addition, I do not want to risk a bad paint job. Jeff has had difficulty finding a quality paint source in Tucson, Arizona. Since we know that he can get a quality job, I decided to eliminate that risk, and paid for painting 6/25.

I do not yet have confirmation on the fairing going to the painter. It was suppose to have gone last Thursday or Friday [6/25 or 6/26]. I hope it ships next week. I won’t likely receive it until the week of July 6th. I hope it is before then. That will be 6 weeks after I placed the order and paid for all except the painting. This has taken longer than the approximate 2-week after order shipping described on Jeff’s web site. He has sent emails apologizing for the delay.